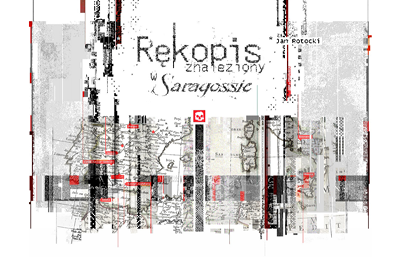 Last year I was asked to join the project of hypertext adaptation of Rękopis znaleziony w Saragossie (also known as The Saragossa Manuscript, 1816) – a masterpiece of tale-within-a-tale-within-a-tale literature by Jan Potocki – which has been prepared by Mariusz Pisarski for Korporacja Ha!art. After the legendary film adaptation by Wojciech Has (1968), the hypertext version was intended as the third incarnation of the Potocki’s text, the incarnation which would be a step towards finding the right shape for this unique frame novel. The remark that linear narration and the form of a traditional volume are insufficient for such a story had already been worded by one of the characters in the book – a mathematician and geometer Don Pedro Velasquez, who claimed that the parallel chronological tables with multiple, concurrent stories would be much better and a more reader-friendly text arrangement for such a convoluted storytelling. If only Don Pedro had known the wonders of the digital age, he certainly would have come up with another idea! Thus, the hypertext prepared by Pisarski exceeds this, and yet still it relies on the inspiration given from the geometer – it presents the set of interconnections between characters, places and meaningful motifs that form a net of the invisible scheme; it unveils the layers of stories; and allows us to keep up with the roulette of shifting narrators. Yet even the digital clarity of hypertext does not destroy the sense of mystery that is still there in the novel and in its structure. It lies there untouched and ready to be discovered by a reader each time in a different manner. I encourage everyone interested to check the book and the film, and I hope that someday the English or the French version of this latest adaptation will appear for the wider audience to enjoy.

I did the artwork and illustrations for the project. Initially, the idea was to go for a classical vintage setting based on the time and place of the plot. In the course of time, however, it has been decided that hints at the 17th century imagery are not at all necessary – but just the opposite – that the artwork should rather display its connection with the current cybernetic literature aesthetics like glitch, noise, and visual remix. And it was the point where the challenge (and the real pleasure of work) began, as – since some time already – I have been more and more curious of pixel art, glitch and cybernetic minimalism, waiting for the right moment to enter these areas in search of the reflection of my paper ghost in their digital machines. To enter them with Potocki’s novel in hand and the memory of Has’ cinematic iconography was quite an adventure, especially after the years of observing and pondering.

As the main effort was to create a layout to enhance, without too much interruption, the text of the novel, the graphic element in the final version of the hypertext is much limited. Somewhere behind the scenes, however, there has been a lot of improvisation, sidetracking and experimentation. For me it was a search for some kind of new cyber-gothicism, for an electronic reincarnation of paper texture and dust, with reconsiderations about verticality and handwritingness in the digital age. And I feel as if only a surface of this had been scratched so far – but only because the fractal of this subject seems to be ever much much deeper. The fragments below are examples of what I have found in my personal Saragossa. 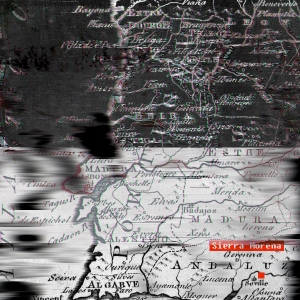 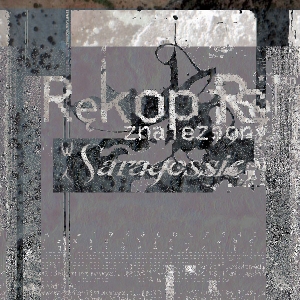 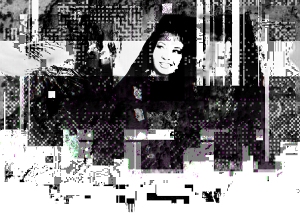 Some rights reserved. Except otherwise noted, the content on this site is owned by Jakub Niedziela and licensed under a Creative Commons BY-NC-ND 3.0 License.